By Drew TulchinJune 5, 2015Blog
No Comments

Isabel Young de Katona is a senior at Santa Fe High School. In this article she writes about her experience as an exchange student in Turkey. 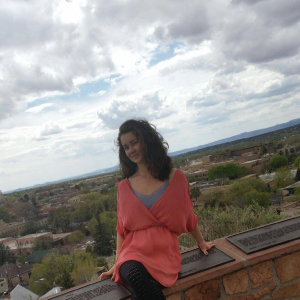 First, there was a two-week delay due to visa problems, then the flight was rescheduled because of a technical problem, which lead to two more hours of waiting, and finally, we take off. As the plane soars through the night, I strain my neck to catch one last glimpse of the New York City skyline — though sitting in the center row of the airplane prevents me from doing this. The glimpse I never got would have been my last view of my country — the United States of America — for nine months. I was headed to Turkey to live, eat, sleep and breathe as an exchange student.

Fast forward 24 hours and I am in Istanbul. Contrary to the excitement I thought I would be feeling, I am filled with dread and a burning desire to know why I ever thought studying abroad would be a good idea. Culture shock did not affect me so much as a deep feeling of not belonging, though binge-watching Harry Potter-related videos on YouTube helped me. I felt like I was living an entire life condensed into one year, with normal emotions enhanced because of the unfamiliarity of the land.

Following the 9/11 terrorist attacks and the animosity garnered towards Muslim people, two former U.S. senators — Democrat Ted Kennedy and Republican Richard Lugar — crossed party lines to form the Kennedy-Lugar Youth Exchange and Study Abroad program. It uses Department of State funds to bring high school students from countries with significant Muslim populations to the United States for an academic year on a full scholarship. Eventually the scholarship was extended so that American students could study in those countries as well. The program is going on its 12th successful year.

Educators and politicians have advocated for study abroad as a form of education not available within the classroom and identified it as a crucial aspect in our continuously globalized world. In a time when communication is easy, and conflicts around the world can be broadcast in countries miles away within seconds, human connection is a primary source to peace and understanding.

Although I have always known that we as people are naturally united by our humanity, more than we are divided by our differences, being abroad this truly hit home. As I learned the language and broke through the barrier of communication I came to identify as both American and Turkish and ultimately as a citizen of the world. When my Turkish family and friends think of me, they do not associate me with the actions of my government, just as my American peers do not associate my Jordanian exchange sister with the terrorism committed by extremists who identify themselves as Muslim. Although small, it is these changes that will lead to the ultimate peace between the two parts of the world.

This article was first published on SantaFeNewMexican.com on May 7, 2015.